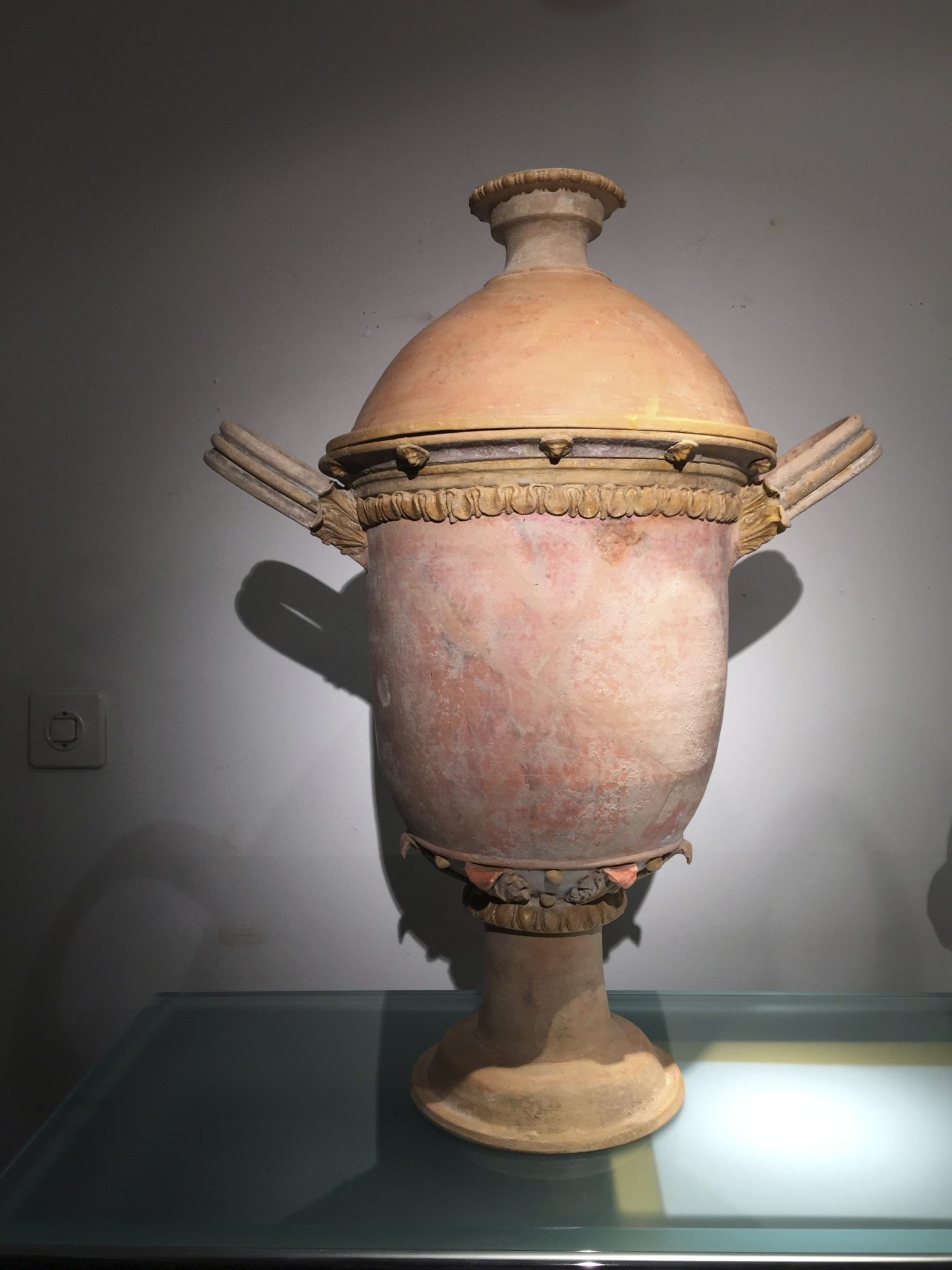 A Western Greece (Magna Graecia) impressive and sizeable polychrome and partly gilded Lebes Gamikos vase consisting of three sections, the foot basis, the body and the lid. Lebes Gamikos were vessels associated with weddings and were originally decorated with painted figures and mythological subjects. On our example one can still see the faded phantom figure of a standing female.

Provenance: The fragments formerly, in the 1970’s, in possession of Dr. Elie Borowski, Basel. Another part of Borowski’s Centuripe vases was auctioned by Christie’s, New York, in June 2000.