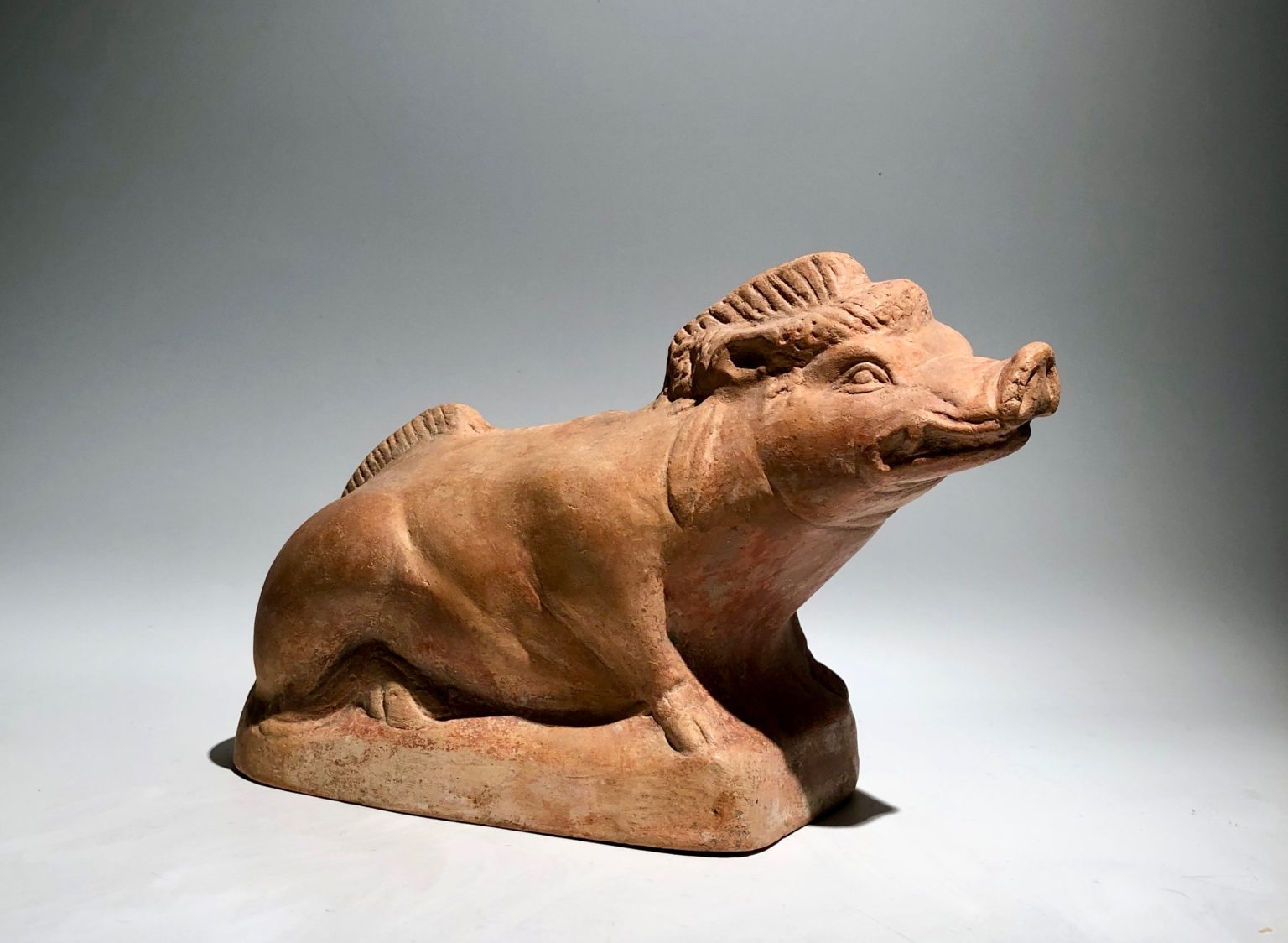 Askos in form of a boar, naturalistically rendered, with visible teeth and expressive eyes. Magenta ware is a class of pottery of household containers (mostly lamp fillers and flasks) in the form of statuettes. The statuettes were made in double molds and joint togrther, probably in Campania. The subjects include mythology, the comic stage, genre, fantasy and animals.

Exhibited: Musée d’Art et d’Histoire, Geneva, as a loan by the collector for a number of years.

All items I sell are thoroughly researched, are free of liens and encumbrances and their authenticity is fully guaranteed.