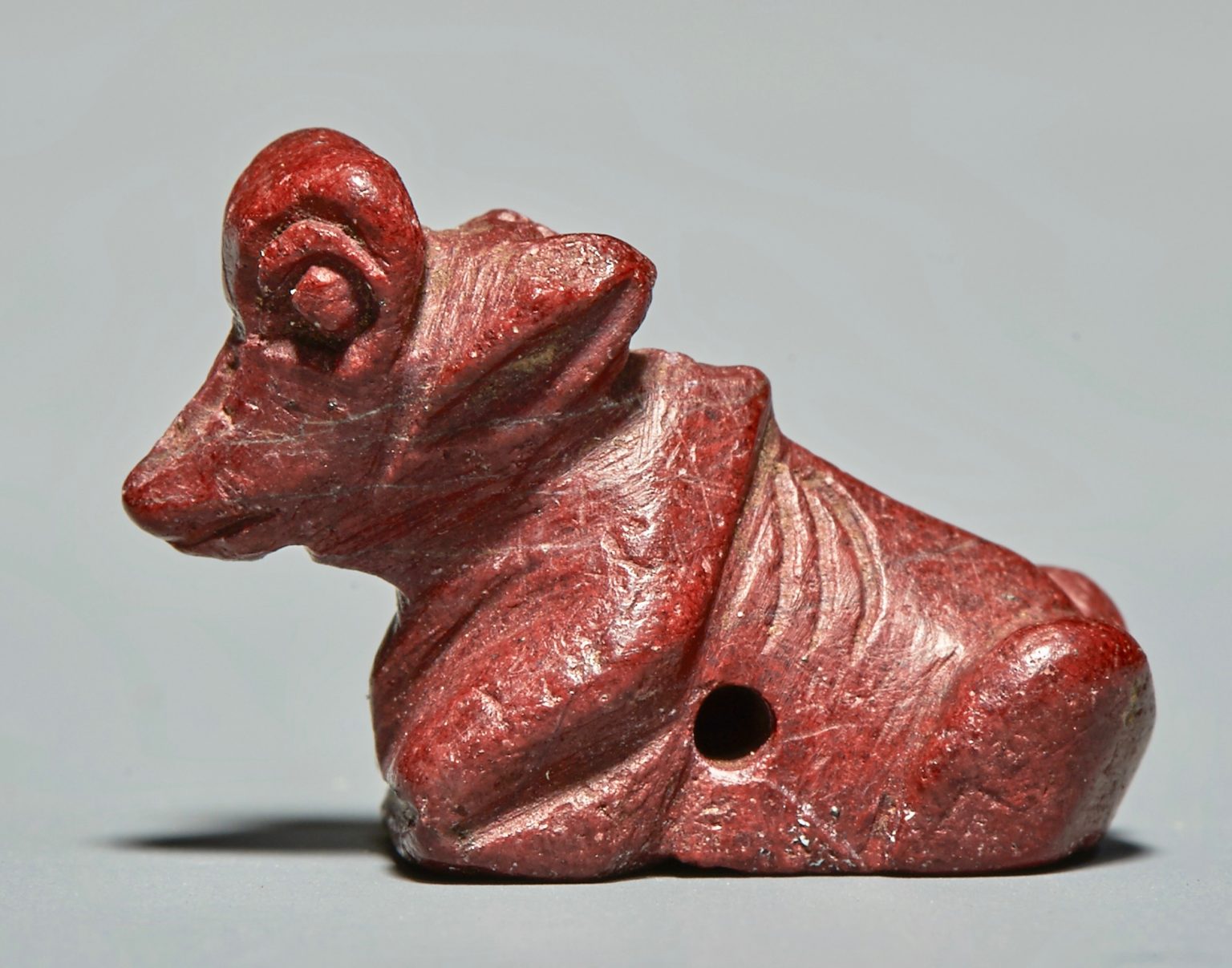 An exceptional delicately carved red stone amuletic seal in the form of a reclining bovine engraved with a winged beast on the base. Uratru was an Iron Age kingdom by the Lake Van in the Armenian highlands. The Urartian people were the earliest ancestors of the modern Armenians. A kingdom that rose to power in the 9th century BC and was eventually taken by the Iranians in the 6th century BC